the master of Outrenoir

Soulages has his own museum – a true marvel. At 95 years old, one of the greatest abstract painters in the world and undoubtedly the greatest French painter of his day is being celebrated in his home town of Rodez. Through his work, Pierre Soulages has captured light and tirelessly explored the creative wealth of outrenoir, demonstrating that contrary to popular belief, there is nothing dark about this color. An exceptionally creative career pervaded by breathtaking purity. 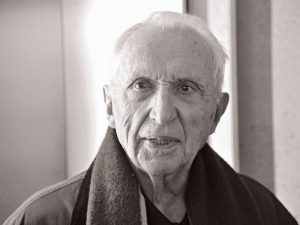 35 YEARS OF CREATION USING ONE COLOR

Soulages’ artistic revelation can be summed up in a single anecdote: at the age of ten, he drew a snowy landscape in Indian ink and discovered the power of the contrast between deep black and the whiteness of the paper. Ever since, he has unceasingly explored the endless possibilities of the contrast between shadows and light, between dark and light shades. In 1979, after research involving walnut stains on paper and tar, in 1979, the artist finally committed to the “black route” which he calls outrenoir to describe the wealth of the interactions between the color black and the light, creating reflections that all differ according to the texture and thickness of the underlying. A mind-boggling demonstration of perpetually renewed creativity based on a minimalist artistic vocabulary.

THE SECRETS OF BLACK LIGHT

At the turn of the 21st century, the outrenoir path took a fresh turn with original experiments invariably using black and white, while sometimes adding a few notes of ultramarine blue, as well as smooth and raised areas, stripes and grooves. These irregularities enrich the perceptions of the light still further, like so many completely deliberate uneven patches, achieved with the support of various instruments including wooden sticks and brushes – an eclectic range of technical material of which he is particularly fond.

It is as if the painter at the peak of his skill had wished to go to another level and place himself in danger by launching himself into new experiences, into new pictorial challenges around the same theme. The idea of experimentation and research is at the heart of Soulages’ work, and includes the author, the work and the spectator. As he said in 2002: “It is what I do which shows me what I am looking for. My painting is a propitious space for raising questions, within which the meanings one attributes to it can also be done or undone. Because at the end of the day, the work lives through the way one looks at it. It is not confined to what it is, nor to the person who made it. It is also made by the person looking at it. I do not ask anything of viewers; I simply offer them a painting: they are the completely free, essential interpreters.”

THE MYSTERY OF EMOTION

Soulages’ work inspires an almost mystical state of grace. How can initially abstract, austere, rigid paintings trigger so many emotions at first glance? There is no clue to be found in the title where the artist might have left a sign or a key to understanding: all the works have always borne the same title: “Painting” followed by the size and year it was painted. So as to give the observer enough scope to lose himself in the work without any disturbance whatsoever, Soulages often places his signature on the back of his works. And yet, every work triggers a truly emotional, sensory shock. No surface area has ever revealed such depth, resulting in a sense of entering a fourth dimension, thanks to the light. It is the latter that illuminates this mystery and gives us the freedom to find the meaning.

“The color black encloses the impossible alive. Its mental field is the seat of all the unexpected, of all paroxysms. Its prestige escorts poets and prepares men of action.” René Char (Leaves of Hypnos - 1946) 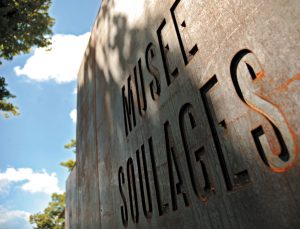 May 2014 Opening of the Soulages Museum in Rodez (Aveyron – France)

More than 500 works and documents have been donated by the painter to his home town, illustrating all the facets of his work. This new space is intended as a “reference platform for the discovery of international modern and contemporary creation” and not as a static monographic showcase. 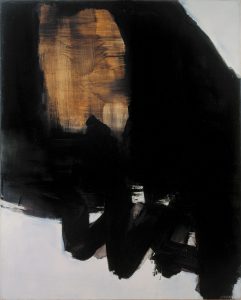 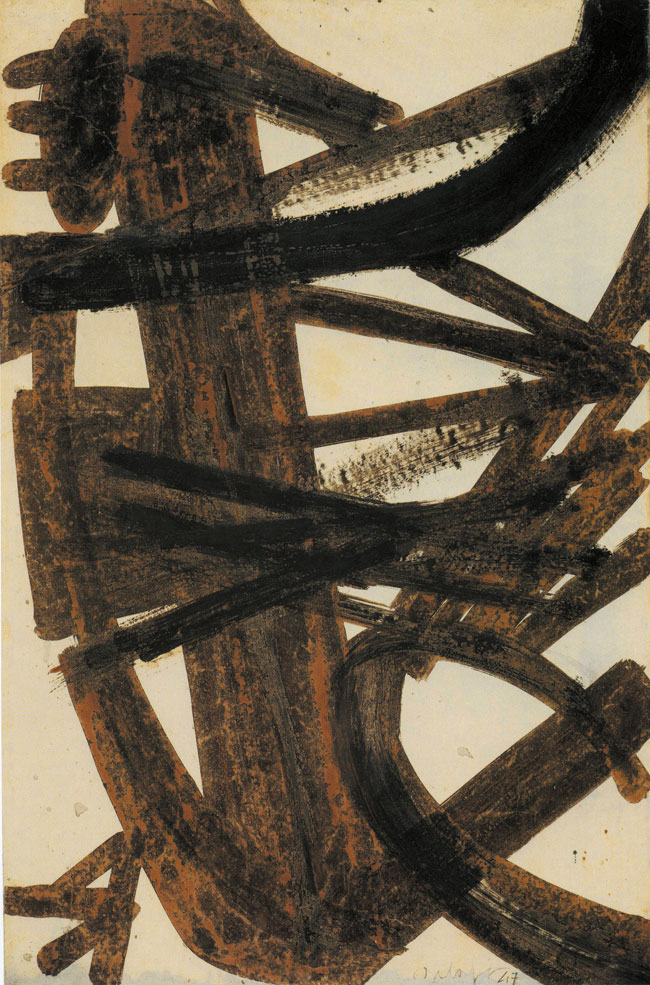 Donation by Pierre and Colette Soulages 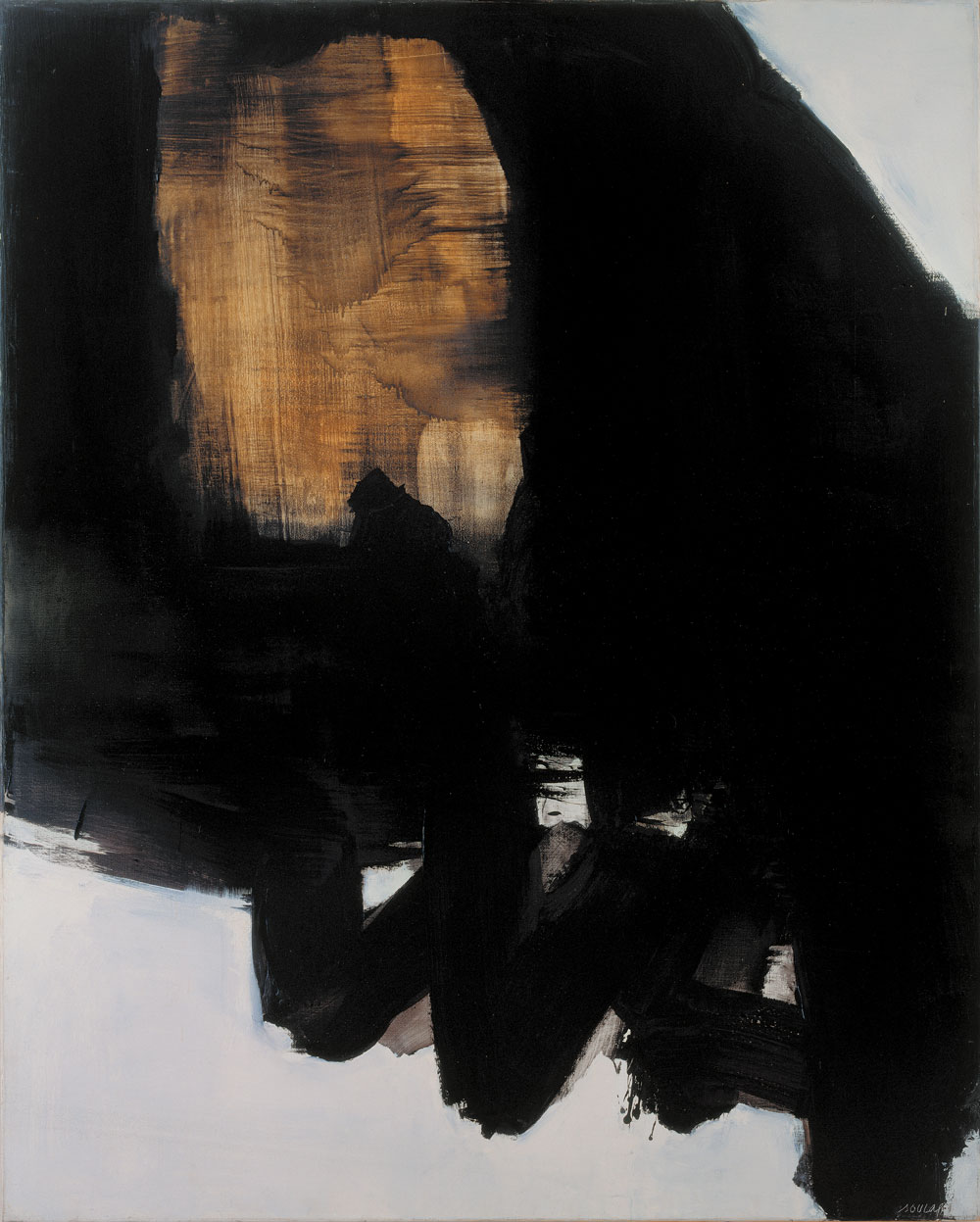 How does Yves michaud envisage the future of art?

Building on 30 years spent excelling in the art of opera, Natalie Dessay is now exploring other paths.

Crystal and the art of enhancing glass

Crystal is a type of glass made of the purest sand, potassium carbonate and iron oxide melted at 1,400°C. To earn the right to be called crystal, its lead content must be between 30 and 40%. Color is introduced using cobalt for blue, for example, or copper with gold chloride for red… The Maison Daum in France and Vetrofuso in Italy are masters at enhancing it. Two different ways of working involving a degree of skill that will knock you sideways!

Cerise Doucède,Photographic poems Scenographer and photographer, Cerise Doucède invents weightless poems and turns them into incredibly original, dreamy images. How did you get the idea of objects in suspension?I had a dream about an open book with pages fluttering away from it. The image fascinated me, so I reproduced it in my living room and tried […]