Intuition favors those
who dare

It is said that fortune favors those who DARE… a popular saying that is now contested by the latest scientific advances made by brain function specialists. Far from being magical or irrational, INTUITION is a parallel mode of action in the brain, enabling swift analysis of a situation in order to take a decision. And what if those who dare were in fact simply those who show stronger trust in their intuition?

Another form of intelligence

In reality, behind the classic lightbulb moments characteristic of intuition lies another cerebral pathway. As stated by playwright Henry Bernstein: “Intuition is intelligence exceeding the speed limit.” An apt expression explained in more detail by Christophe Haag, a researcher in social psychology at EM Lyon, for whom intuition resembles “a kind of ultra-rapid scan of a situation or problem resulting from snippets of sensory information”. This short circuit kicks in automatically without our knowledge and independent of any classical type of rational thought process such as analysis, deduction or conclusions… In truth, the brain has collected a mass of disparate details in a flash and assembled them to put together an opinion, an intuition. 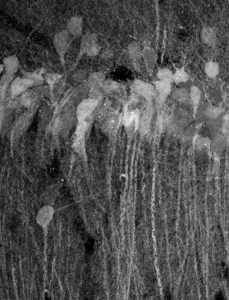 Dendrites, extensions of the neuron that both relay and process information in the brain. © Inserm / S. Fouquet.

The arguments for intuition

According to the conclusions drawn by a team of researchers in cognitive sciences at the Riken Brain Science Institute in Japan, it is not fortune that favors those who dare, but rather their own intuition. At the end of 2015, it was established for the first time that intuition activated two areas of the brain involved in learning and the memory. The study involved placing Japanese chess players under functional MRI while presenting them with different game situations. When asked to think of their ideal next move in eight seconds, their brain activated the classic analytical mode, based on expertise. But if they only had one second, they went into intuitive mode and the medical imagery showed that another cerebral area was activated. The decision is therefore based on experience: the brain rummages through the past to find another solution by referring to similar contexts. This intuitive mode is favored when it comes to making decisions in crisis situations when there is no time to reason! But not only: 82 Nobel laureates out of 93 have admitted that their discoveries were made thanks to intuition*. 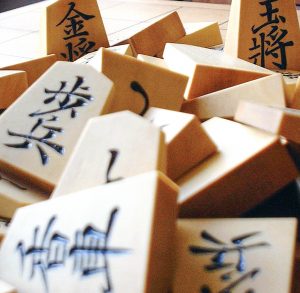 The daring of the right brain

Einstein described the left brain as the “faithful servant” and the right as the “sacred gift”. We’ll leave you to guess where intuition lies… Now completely reinstated to its rightful place, well-mastered intuitive intelligence can be a great strength, above all if it is combined with a good capacity for rational analysis. Successful daring individuals have been able to listen to their intuition, or their gut feeling as English speakers call that sense of self-belief that drives one to follow through on such intuitions against all odds. Mozart heard music before writing it, Steve Jobs considered intuition to be “more powerful than intellect”. Dr Folkman’s theory regarding stopping the evolution of cancerous tumors by depriving them of nourishment from the bloodstream earned him the scorn of the entire scientific community. He stood by his intuition and his vision. The result was the first anti-angiogenesis treatment, administered in 2004. This was a revolution in the battle against cancer at the time. So we should never ignore our sixth sense, that little inner voice that is often right… *F.Marton, P.Fensham, P.J & Chalklin S (1994) A Nobel’s eye view of scientific intuition: discussions with the Nobel prize-winners in physics, chemistry and medicine (1970-86).
19
Human brain
Intuitive intelligence
sixth sense

« Artistic daring
Ode to joy, a question of tempo »

– Interview – Christophe Galfard “Scientists are the most daring people on earth”Christophe Galfard has a doctorate in theoretical physics and wrote his thesis on black holes at Cambridge University, under the supervision of the famous astrophysicist Stephen Hawking. In 2015, Lire magazine awarded him the prize for the top science book of the year […]

Prosper Assouline Daring is about being different

– Interview – Prosper AssoulineDaring is about being different, in a personal kind of way In 1994, in the midst of a bleak publishing market, Prosper and Martine Assouline founded the Maison d’Édition Assouline (Assouline Publishing Company). Their enthusiastic, sincere approach went straight to the heart of a public in love with culture and beauty, […]