“Scientists are the most daring people on earth”

Christophe Galfard has a doctorate in theoretical physics and wrote his thesis on black holes at Cambridge University, under the supervision of the famous astrophysicist Stephen Hawking. In 2015, Lire magazine awarded him the prize for the top science book of the year for his bestseller “The Universe in Your Hand: A Journey Through Space, Time, and Beyond” (Flammarion/Macmillan/Flatiron Books).

According to Merriam-Webster, daring is defined as “bold fearlessness; readiness to take chances”. Is it compatible with the rational mind of a scientist?

It is often thought that scientific progress is driven by cold, compelling logic, whereas in fact the very opposite is also true. Theoretical physics, although based on an experimental knowledge of our world, begins where what we know ends. It targets the discovery of new laws. What instruments other than our daring imagination do we have to travel through such uncharted territories?

Could this Cartesian image perhaps stem from school days, where science is often disconnected from reality?

Science, as it is taught in (French) schools may not appear to be a fertile ground for dreams, imagination or happiness. Or bring the promise of an amazing future. Yet it encompasses all of that. The blame for this gap is not, as far as I am concerned, to be put on education only. Being confined to classrooms, science becomes a means of selection, thereby depriving children (and the future adults they will become) of the joy it fundamentally carries with itself. Science should be part of our culture. It should not stop when the science lectures are over. It’s knowledge is a heritage that belongs to us all. I am fighting to make this a reality, especially through the books I write and entertaining talks I give.

When one opens oneself to science, one sometimes has the incredible impression of discovering an unknown world, which is nonetheless our own …

Yes, that is precisely the pleasant feeling I try to arouse: the desire to know, to understand, to think, to take a step back, and consider other aspects of things. All of this requires a great deal of courage, but the reward surpasses the effort.

In your opinion, who is the most daring scientist?

Einstein is the archetype of daring. Rejected by all universities, he worked alone and transformed our vision of the universe. Nobody believed him? He did not flinch.  Indeed, one hundred years ago, he predicted the existence of gravitational waves, ripples of space and time travelling at the speed of light. Everyone thought he was mad and yet these waves exist. Their direct detection was announced on February 11th 2016.

Might one consider that maybe one day another Einstein calls everything into question?

The idea of a complete calling into question no longer applies to modern research quite as it used to. In ancient Greece, a new theory could contradict and wipe out previous ones. Back then, experimental verification was not required. For Plato for instance thoughts were more fundamental than practical enquiries . Knowledge was built on thoughts alone. But sooner or later, the «real» world caught up. When Copernicus stated that the Sun did not revolve around the Earth, but the Earth around the Sun, he called 2,000 years of attempts of understanding Nature into question. When Galileo suggested that the Earth rotated on its own axis, he was almost condemned to death. When Giordano Bruno announced that there were probably other earths revolving around other suns in space, he ended up burnt at the stake. Nowadays, we are more looking for new formulations rather than anything else, to maybe find a new theory that would encompass all the others. Humankind has already gone a long way discovering there are laws in Nature, and scientists now aim at shedding light on shadowy areas to which we do not yet have access, areas where new mysteries may lie. 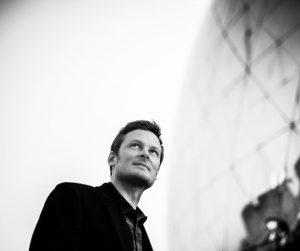 You did your thesis on black holes. What is so fascinating about them?

They are the most extreme celestial bodies that exist! They are the opposite of a vacuum and the ultimate in extreme density. Earth’s gravity prevents us from flying off into space without rockets. If our planet was denser, ii.e. if its gravity was more powerful, it would be even worse. Take the sun, a 70 kilogram person (on Earth) would weigh two tons there and would be crushed on the surface (and be burnt). A black hole is a celestial body so dense that in order to leave it, one would need to travel at a speed greater than that of light, which is not allowed by Nature… except if one takes into account he strange behavior of particles in the quantum world. This makes black holes even more fascinating: they are at the frontier between the world of the infinitely large and the infinitely small. They are a window onto a theory that would explain both gravity and quantum physics, a theory that we have not yet found…

What made you want to be involved in science in your life?

I could not imagine anything more powerful (intellectually) than trying to understand the origin of our universe. And I think that there is something soothing in the unambiguous language of science, which allows us to see things that lie beyond the reach of our senses, making them inaccessible by thoughts alone.

When one travels so far into the universe, how does one perceive our daily existence?

Knowledge brings me profound joy and faith in humanity. It confirms that if we all get together, we can discover amazing treasures in our reality, treasures which could bolster our collective imagination, for the greater good. As children, when we turn on the light in a dark room and realize that there is no monster lurking under the bed, we are reassured. In the same way, science lights up shadowy areas. And that does us good. When I look at a blue sky, I see a blue sky. But if I want to see something else, something more, something deeper, I also can… Science doesn’t impose cold, anti-poetic explanations of the world. On the contrary, it adds beauty and depth to things.

Prosper Assouline Daring is about being different

– Interview – Prosper AssoulineDaring is about being different, in a personal kind of way In 1994, in the midst of a bleak publishing market, Prosper and Martine Assouline founded the Maison d’Édition Assouline (Assouline Publishing Company). Their enthusiastic, sincere approach went straight to the heart of a public in love with culture and beauty, […]

Can Jean-Claude Biver be described as a visionary? Undoubtedly and much more besides, because if one can safely state that a person has influenced the course of Swiss haute horlogerie…