A fresh breath of art

Capturing fashion... Its evolution, its splendor, its muses, its dream makers...While at the start of its history its creed was showing to sell, fashion photography has asserted itself as a full-fledged and even dominant art to the point where the images it produces have invaded the contemporary cultural landscape.

While fashion photography has existed since the early days of the invention of photography, its beginnings were somewhat tentative. The discipline was initially merely a hobby for socialites such as Virginia Oldoini (nicknamed La Castiglione) who was photographed by Adolphe Braun. It proved hard to supplant illustrations and drawings that set the trends in the booklets and magazines of the time. It was only in the 20th century, under the impetus of the fashion designer Paul Poiret and the visionary publisher Lucien Vogel, that magazines such as Gazette du Bon Ton and Jardin des Modes took up the challenge of uniting fashion and photography. A new aesthetic was born and these kinds of publications became known as magazines: Vogue, Harper’s Bazaar, Women’s Wear Daily, L’Officiel de la Mode, to name but a few. Florence Bourgeois, director of the Paris Photo international art fair, observes that: “The liberation of women’s bodies then placed photography at the heart of the system of fashion representation, and its increasingly widespread diffusion within fashion magazines accompanied a creative upsurge”, adding that “Some of these photographs, which served a commercial function (e.g. Man Ray’s Tears for Cosmecil makeup in 1932), would over time or through rediscovery, become icons.” More contemporary photographers such as Irving Penn, Richard Avedon and Helmut Newton did much more than shoot apparel, they revolutionized the genre, (from still life to portraits), by elevating fashion photography to an art form.

A fresh breath of art

Gradually, fashion photographers were no longer displayed only in specialized magazines but came to be published in beautiful books and featured in art galleries such as Gagosian, Thaddaeus Ropac as well as in museums. According to Florence Bourgeois: “The great retrospectives (Guy Bourdin at the Jeu de Paume, Irving Penn at the Grand Palais...) contribute to institutionalizing them as artists, and establishing them for posterity. The fact that fashion photography became increasingly mingled with art “ was because it broke the rules of the time, highlighting the model’s personality for Irving Penn, provocative and daring with Helmut Newton who disrupted traditional conventions, or avant-garde with Peter Lindbergh.” What we take away from a photo is the atmosphere that we remember, images that are sometimes theatrical, subversive and filled with symbolism such as those of David LaChapelle, Terry Richardson and Mario Testino. The framing is innovative, the shots are convincing by their realism and trigger collectors’ desire. Prices have soared in auction rooms, sometimes reaching six figures. Even COVID-19 did not get the better of a legendary sale that took place at Christie’s after lockdown.

Fashion enthusiasts had the opportunity to follow and bid online for precious prints by the masters of 20th and 21st century fashion photography. “Fashion photography attracts a very diverse audience, but there are also many people nostalgic for the 80s and 90s who grew up with grew up with the star status of ‘supermodels’ such as Cindy Crawford, Naomi Campbell, Elle Macpherson and Kate Moss”, says Elodie Morel, director of the photo department at Christie’s. Finally, as the head of Paris Photo points out: “How could we not mention the New Yorker Leon Constantiner who collected hundreds of photographs by Irving Penn, Guy Bourdin, Chris von Wangenheim after a first purchase of a photograph by Helmut Newton for USD 7,000. Part of this collection was sold in 2008, with prices reaching incredible levels (Helmut Newton’s famous diptych Sie Kommen, naked and dressed (Paris, 1981) went for a record-breaking USD 662,500 and the sale as a whole racked up USD 7 million). This was followed by another sale in 2019 focusing on the great post-war photographers, from Herb Ritts to Norman Parkinson, as well as Irving Penn and Richard Avedon, along with a little-known fashion photography pioneer named Louise Dahl-Wolfe. For connoisseurs and purists alike, stopping in front of a photograph or having the good fortune to purchase it, means wanting to capture both the moment and eternity in a hundredth of a second.

The new HELMUT NEWTON. BRANDS exhibition is opening at the Helmut Newton Foundation in Berlin. A retrospective featuring over 200 photographs from Newton’s collaborations with internationally renowned brands such as Swarovski, Saint Laurent, Wolford, Blumarine and Lavazza. 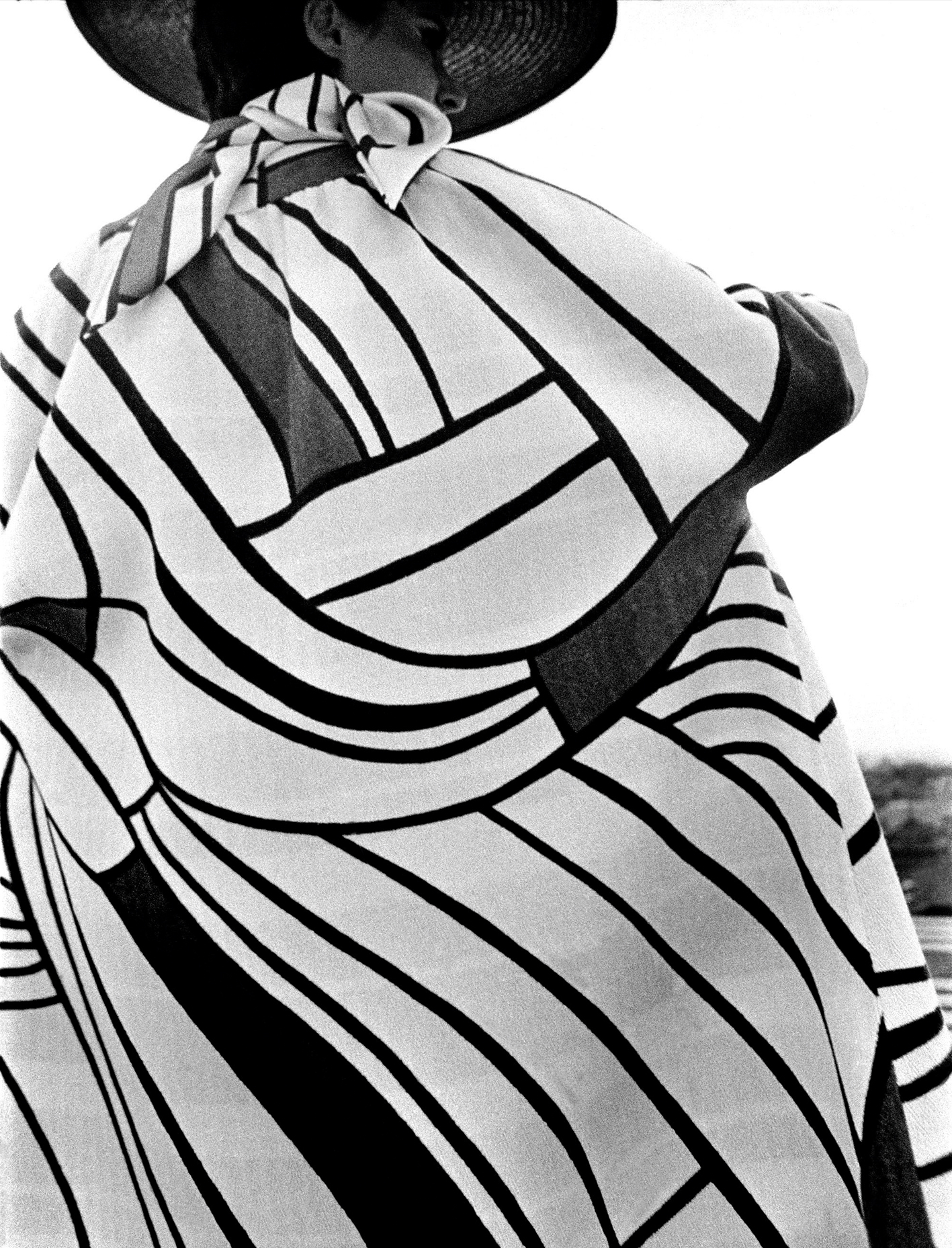 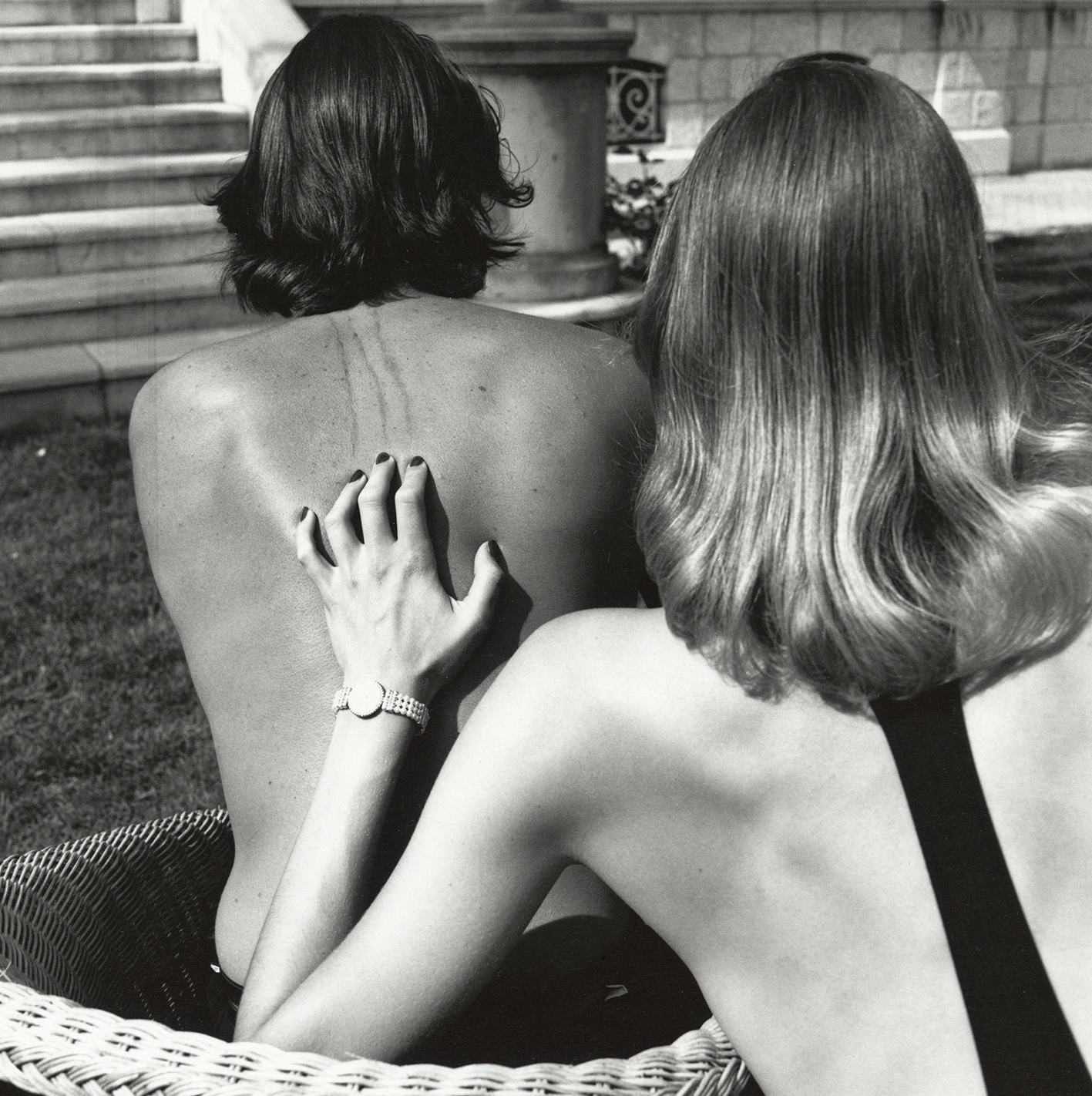 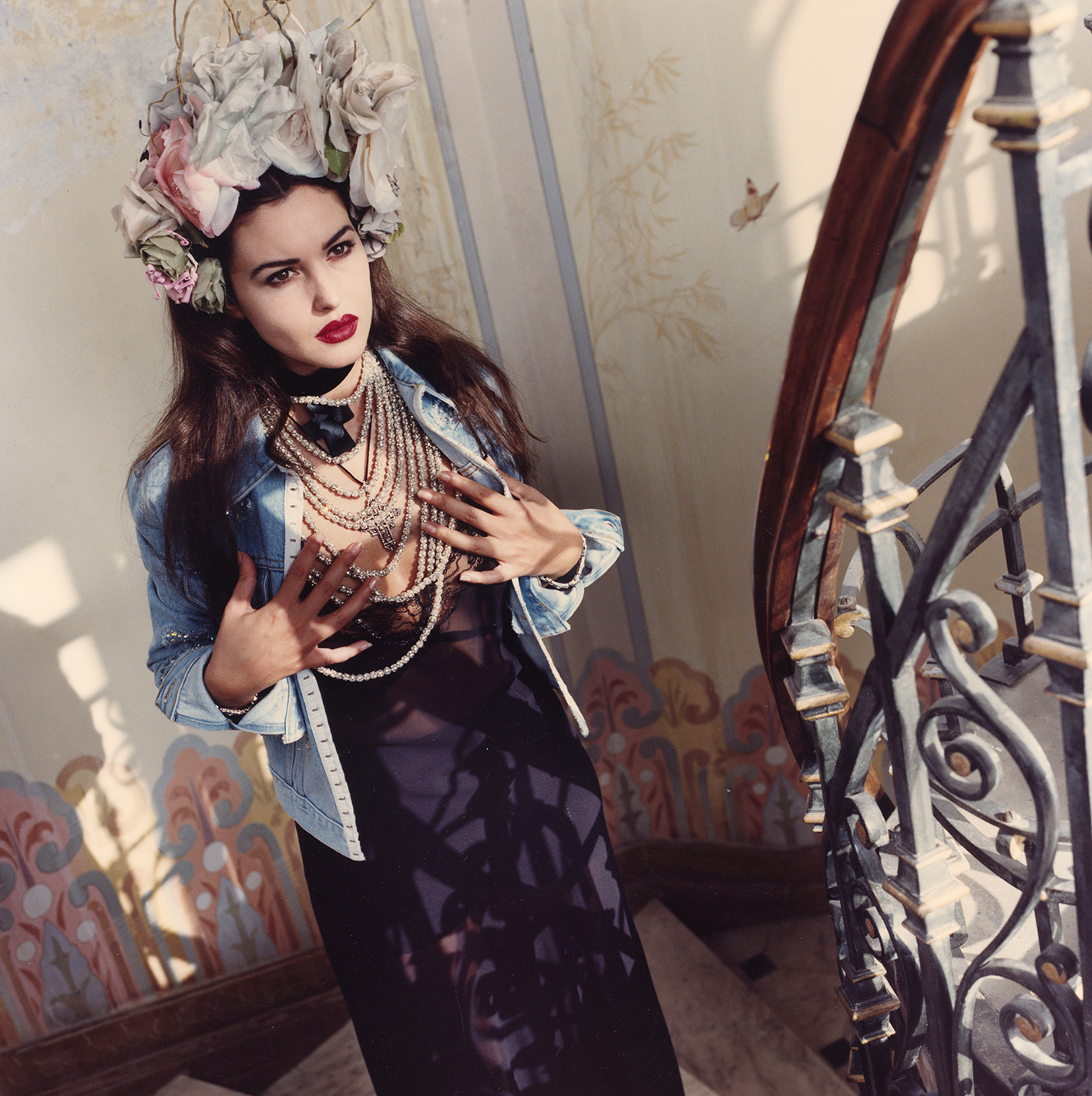 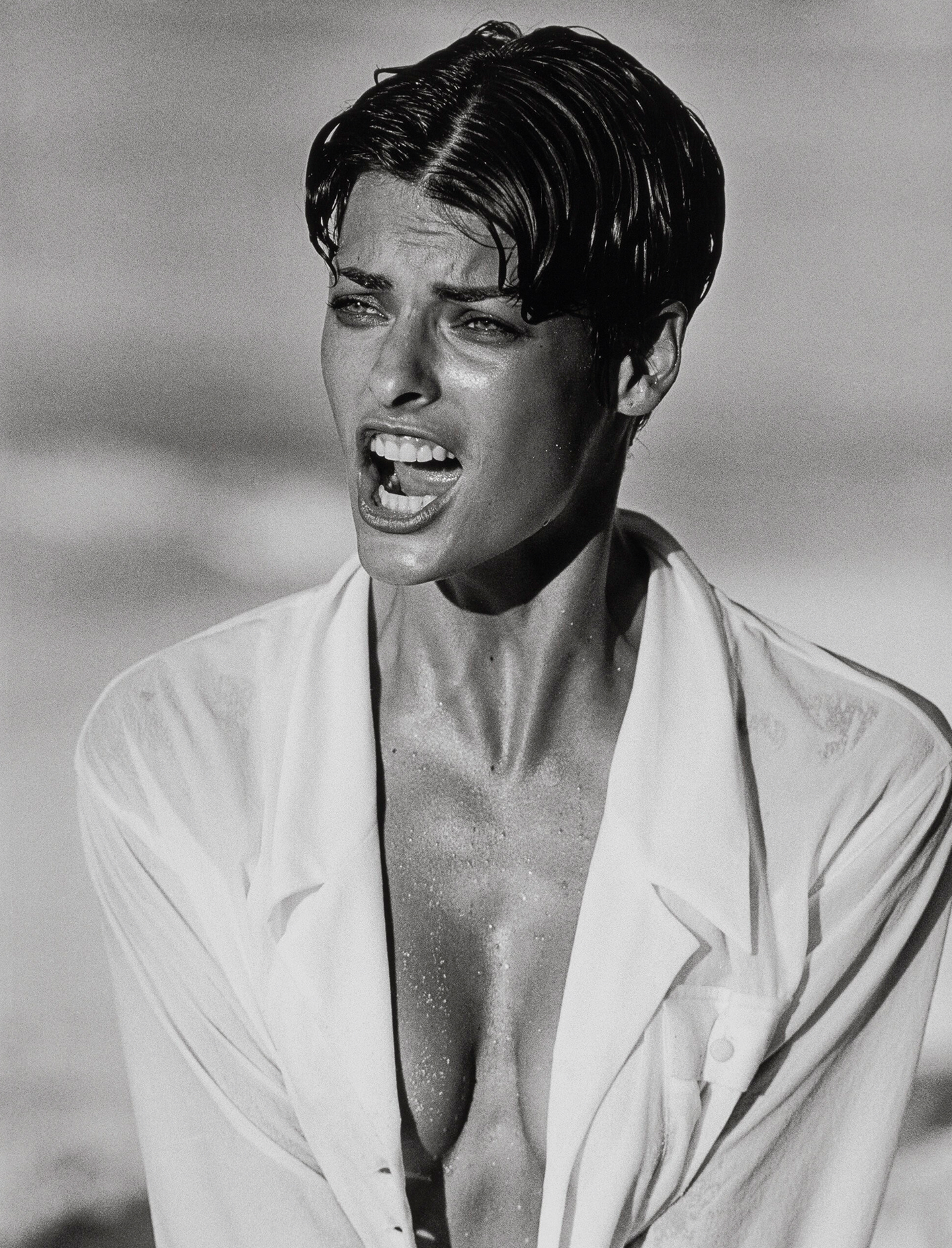 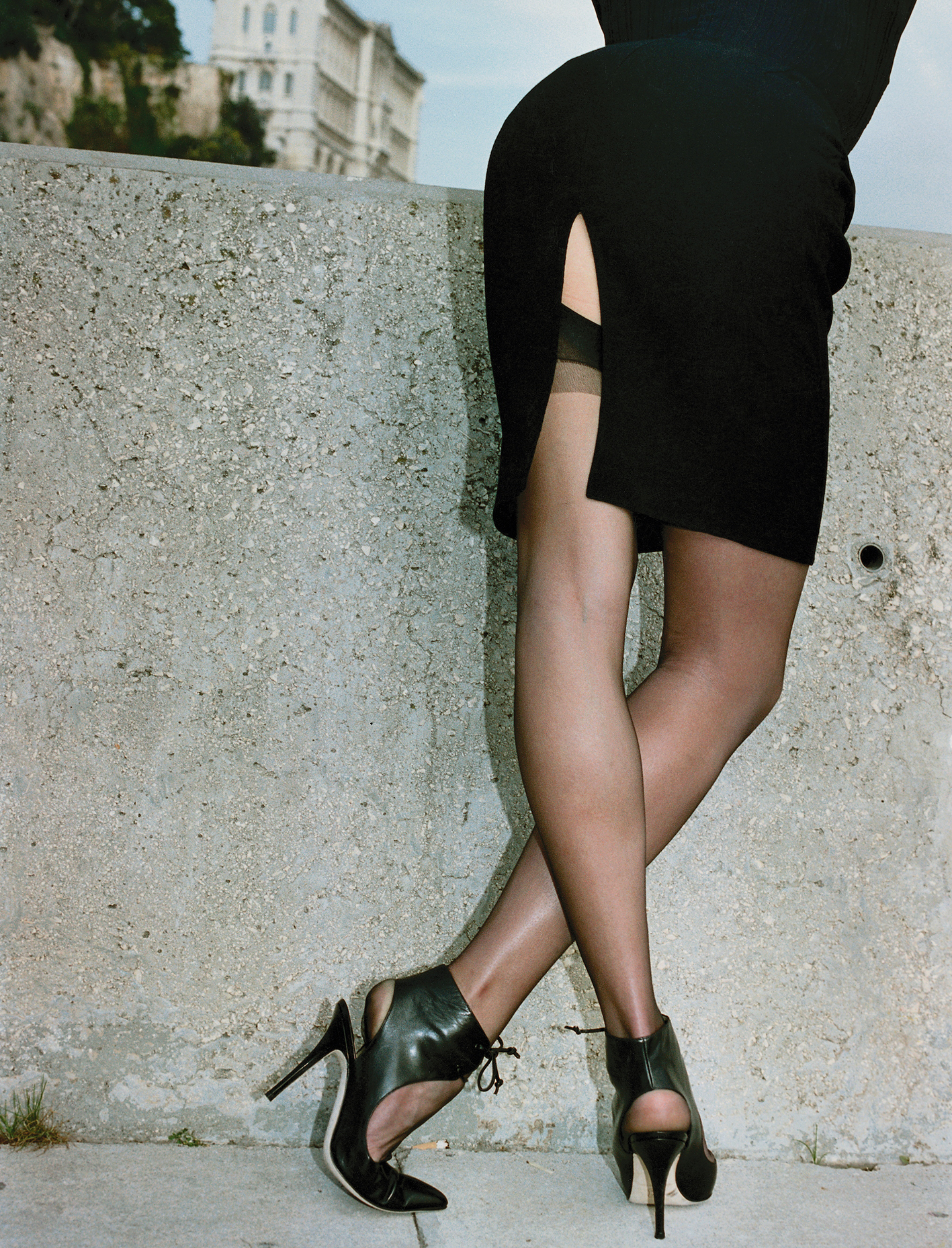