From the Central Saint Martins College of Art and Design in London to the National University of Fine Arts in Tokyo, via the École nationale supérieure des Arts Décoratifs in Paris, Élise Morin’s career represents a wealth of intersecting cultures. Sensitive to nature and ecology, she does not hesitate to call upon scientists and engineers from NASA or the CNRS in giving life to her projects.

How did your artistic approach crystallize around the environment?
When I was a student at the École nationale supérieure des Arts Décoratifs in Paris in the late 1990s, the Internet was just being democratized. It was with very little information and few images in mind that I went to Shenzhen, China, to shoot the documentary of my ﬁnal year project on “the trace of memory and human imprint in emerging cities”, at the time of the Hong Kong retrocession. I discovered the manufacturing of the landscape with all its excesses, through cities being built in a few weeks, involving outrageously large building sites and radical transformations, at staggering scales. The aesthetic shock was such that it challenged anew my artistic questioning and led me to the ﬁeld of the Anthropocene Epoch.

Soon after returning to France, you left again?
China and then Asia had fascinated me. I took a competitive examination organized by the Japanese government ministry and obtained a four-year research grant at the National University of Fine Arts in Tokyo. My ﬁeld of vision was expanding in this country where the arts are decompartmentalized and disciplines are interconnected. Little by little, I opened up to another philosophy where humankind and the environment are inseparable, where black is a positive value since it is the dark side of light, where the hierarchy of materials fades into the background, highlighting the poetry of gestures. A philosophy of “movement, mutation, evolution, hybridization”, stemming from the concept of impermanence that is an essential part of the Japanese mental construct and so greatly disturbs us as Westerners who are imbued with the notion of ﬁnitude.

Why do you invoke ecology and science in your work?
My sensitivity leads me to invite the environmental theme into all my projects. My need to understand complex ecological phenomena leads me to seek scientiﬁc explanations, and the production processes of my installations require technical knowledge. All of this means that an expert ecosystem is set up around each project, from which the work can then shift into its poetic dimension by becoming an object, an experience, an aesthetic ﬁction. Sometimes the technical challenge is even a creative driver, as it was for the CD dunes of the Waste landscape installation. We were looking for a solution that would reduce the weight of the construction. The engineers devised an ultra-light structure which would be inﬂated by the air provided by a small, low-energy consuming fan, to become huge, mobile and spectacular.

Each artistic adventure is matched by a human adventure?
Yes, and this was for example particularly powerful in the case of the Water Carrier project. Zuzana Pacáková gave me carte blanche to create an in situ installation in the city of Kosice, in Slovakia, which like Marseille had been designated European Capital of Culture in 2013. The inspiration came from the river that runs through the city, because I wanted to work on the issue of water. The work took the form of test tubes whose colors varied according to the acidity of the rain detected by hydraulic tracers. This project excited the locals who followed its progress in the open air, at the heart of their daily lives. High school students even came to ﬁ ll the containers. And at everyone’s request, we extended the exhibition for several months.

What is so special about the Spring Odyssey project?
For the past ﬁ ve years, I have been collaborating with a plant biologist and teams from the CNRS and the Laboratoire de Génétique Évolutive et d’Écologie at the Université Paris-Saclay to develop a tobacco plant that makes radioactivity and phenomena related to environmental stress visible. As an artist, faced with such a complex problem, my role is neither to convey messages nor to propose solutions, but to highlight a sensitive issue in all its uncertainty, through an aesthetic experience.

What is the story behind the Walden Raft cabin, which will float on Lake Annecy during the summer of 2022?
It reactivates the cabin that Henry David Thoreau, one of the founders of ecological thinking, had built with his own hands to write the emblematic Walden or Life in the Woods. My ﬂoating version takes on the same proportions as the cabin built by Thoreau and is designed for living there modestly, with only strictly necessary objects. It is embedded in our era by its transparency, its ﬂoating and its mobility, which take it beyond the status of protective refuge to expose it to climate change. Like all my projects, it is a poetic invitation to continue – or not – the journey of ongoing mutations.

Based on an interview Michèle Wouters
© E. Morin 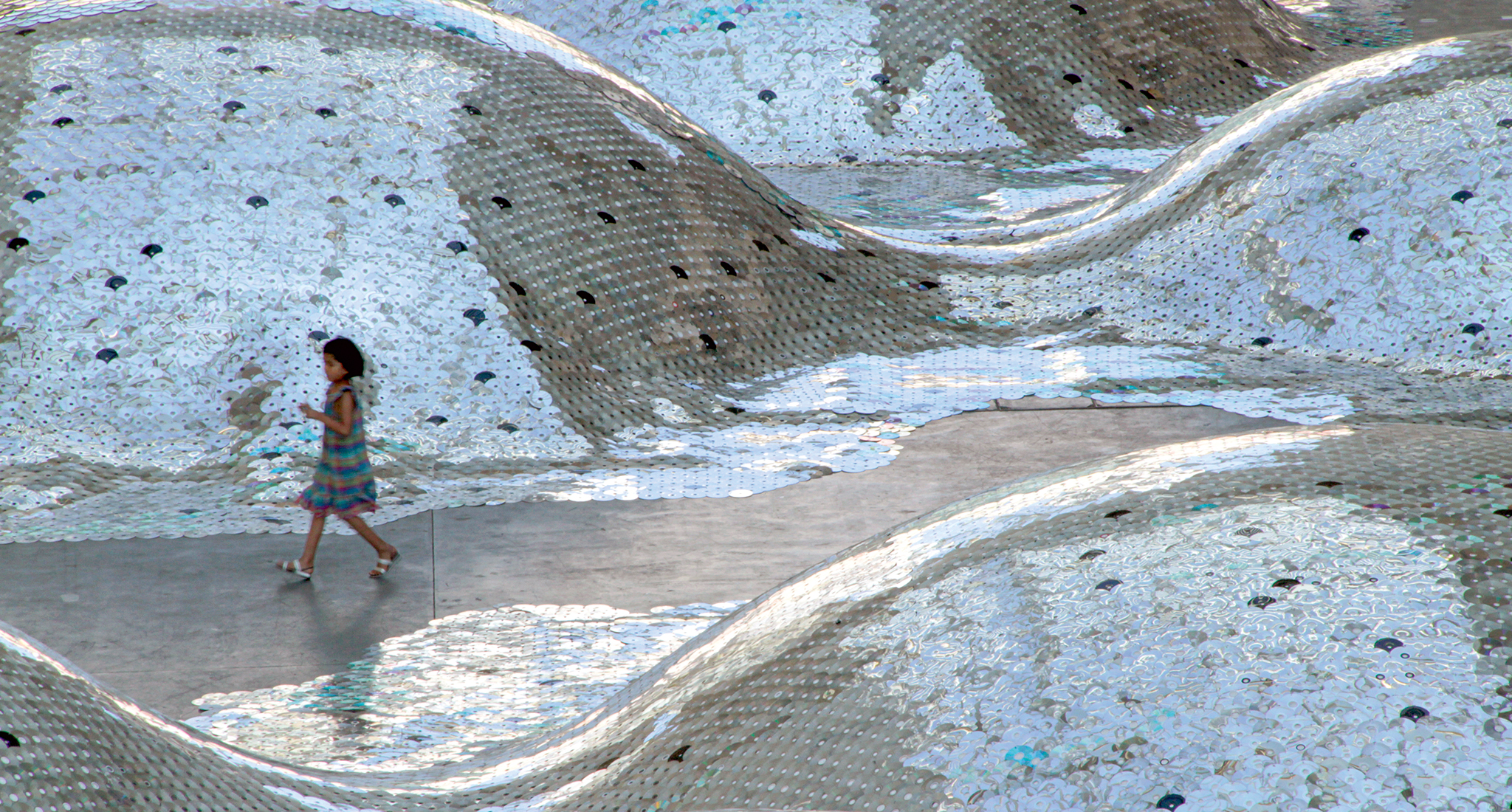 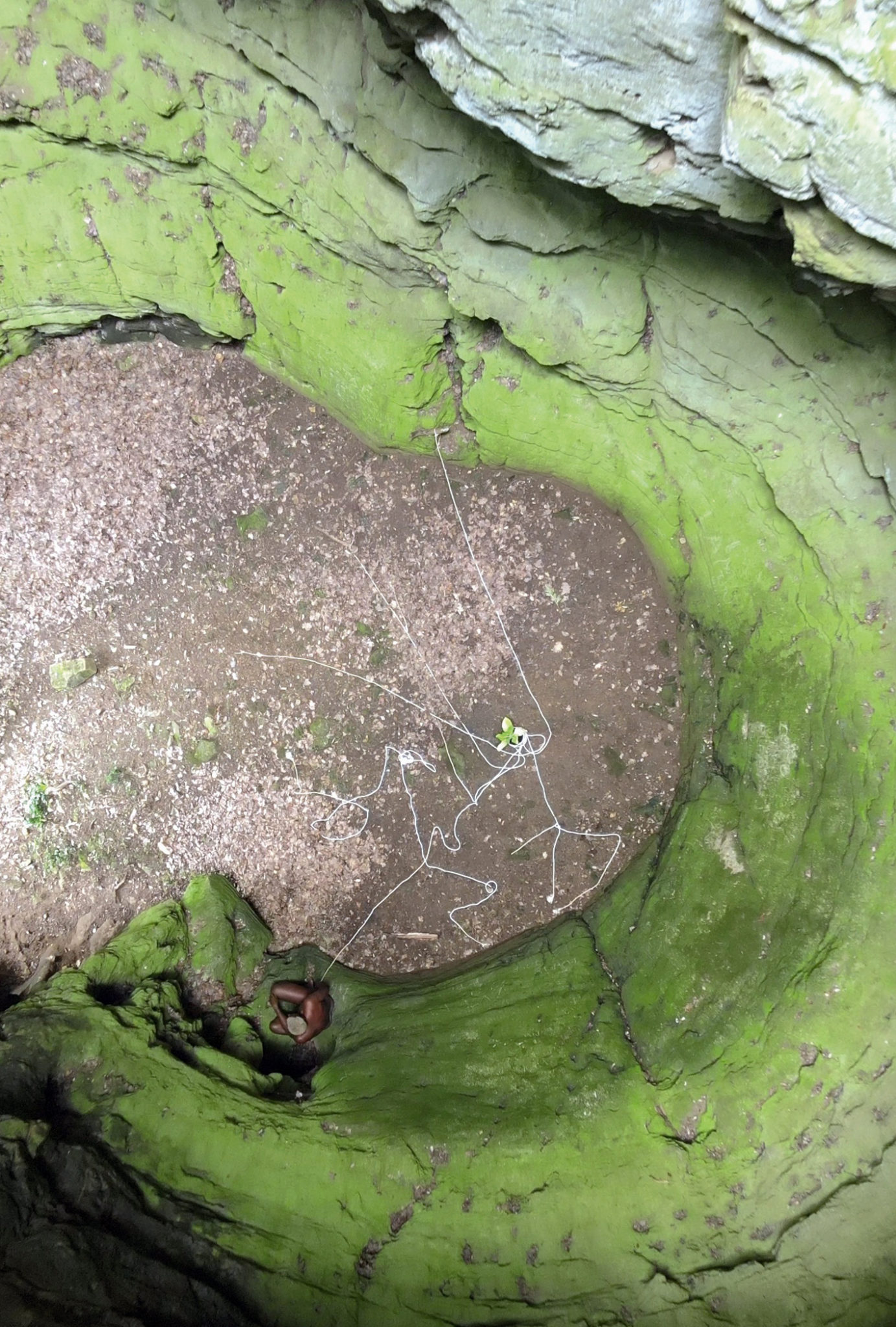